How to enjoy Easter holiday in CZ 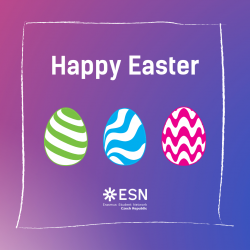 Easter in the Czech Republic is a great time. Many traditions are still observed and practiced, especially in small villages, and different regions may have their own Easter traditions or activities.

Many Czech Easter symbols are related to spring and the beginning of new life. Some of the best known are:

The hand-painted or otherwise decorated egg (kraslice) is the most recognisable symbol of Czech Easter. Girls decorate Easter eggs to give them to boys on Easter Monday. There are many Easter egg decorating techniques and the more elaborate ones require a certain level of skill. Different materials can be used, such as bee's wax, straw, watercolors, onion peels, picture stickers. The most common designs are probably geometrical patterns, but you can also see flowers, leaves or snowflake patterns in a whole range of colors. There are no limitations to creating pretty, colorful eggs.

A nationalwide Easter egg contest is held in Prague and other Czech cities around Easter time.

Young, live willow twigs are thought to bring health and youth to any girl or woman who is whipped with them. An Easter pomlázka (from pomladit or "make younger") is a braided whip made from willow twigs. It has been used for centuries by boys who go caroling on Easter Monday and symbolically whipping girls on the legs. In the past, pomlázka was also used by the farmer's wife to whip the livestock and everyone in the household, including men and children. There would be no Czech Easter without the pomlázka.

Boys used to make their own pomlázka in the past. The more twigs, the more difficult it was to braid one. This skill is not widespread anymore and pomlázka can be bought in stores and street stands. Some men don't even bother and use a single twig or even a wooden spoon!

One Easter tradition is to bake a lamb. In the Czech Republic, real lamb is usually replaced with one made from the sweet pastry.

Dousing a girl with water has a similar symbolic meaning as the pomlázka.

The Days Before Easter Sunday

Children finish school on Ugly Wednesday (Škaredá středa), which is a good idea because they need to spend some serious time on making Easter what it should be. In the evening of Green Thursday (Zelený čtvrtek), every boy in the village equips himself with a wooden rattle (řehtačka), which is specially made for the purpose, the boys form a group and walk through the village, rattling their rattles vigorously, so the noise can be heard from afar. The meaning of the rattling is to chase away Judas. The same procedure repeats on Good Friday (Velký pátek) and one more time on White Saturday (Bílá sobota) when the boys don't only walk through the village but stop at every house in the morning and rattle until they're given money, which they then split between themselves.

Easter Sunday (Neděle velikonoční) is a day of preparations for Easter Monday. Girls paint, color and decorate eggs if they haven't done so already, and boys prepare their pomlázka!

Easter Monday (Pondělí velikonoční) is a day off, the day of the pomlázka.

The origin of the pomlázka tradition (pomlázka meaning both the whip and the tradition itself) dates back to pagan times. Its original purpose and symbolic meaning is to chase away illness and bad spirits and to bring health and youth for the rest of the year to everyone who is whipped with the young willow twigs. Boys would whip girls lightly on the legs and possibly douse them with water, which had a similar symbolic meaning. An Easter carol, usually asking for an egg or two, would be recited by the boy while whipping. The girl would then reward the boy with a painted egg or candy and tie a ribbon around his pomlázka. As the boys progressed through the village, their bags filled up with eggs and their pomlázkas were adorned with more and more colorful ribbons.

This tradition is still largely upheld, especially in villages and small towns, although it may have lost its symbolism and romance and is now performed mainly for fun. Some boys and men seem to have forgotten that the whipping is supposed to be only symbolic and girls don't always like that. The reward has also changed - money and shots of plum brandy (slivovice) are often given instead of or in addition to painted eggs and candy. So by early afternoon, groups of happy men can be seen staggering along the roads... All that aside, Easter remains one of the most joyful holidays on the Czech calendar.